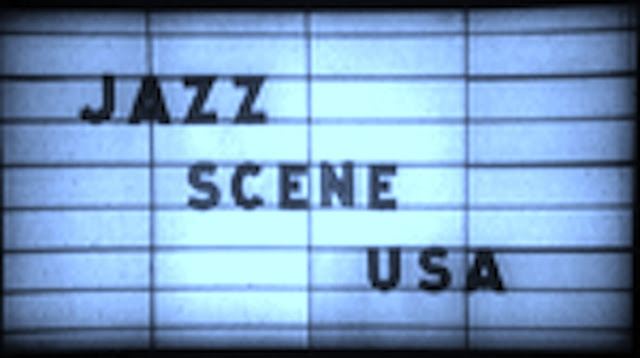 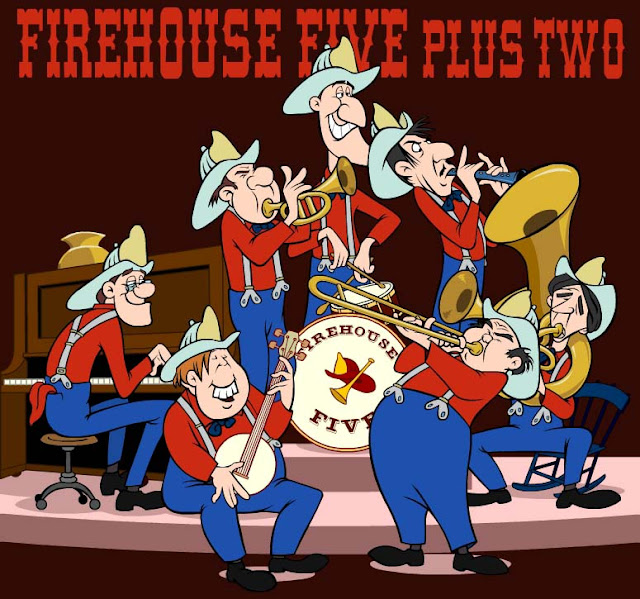 Steve Allen and Jimmie Baker wanted the demographic portrait of Jazz Scene USA to be fully representative of all styles of jazz that were being performed at the time that the series was being prepared for syndication.  Although the majority of the jazz artists selected for the program were based in Los Angeles, the range of styles captured every nuance of jazz from traditional dixieland to hard bop with nods to soul, rhythm and blues, and a variety of jazz vocalists.  The Firehouse Five Plus 2 filled the traditional and dixieland slot perfectly as their recordings had launched Les Koenig’s Good Time Jazz label that specialized in presenting this style of jazz on record.

Floyd Levin’s essay on the origins of the Firehouse Five Plus 2 opened the booklet that accompanied the four CD box set that Fantasy issued to commemorate the founding of the Good Time Jazz label. 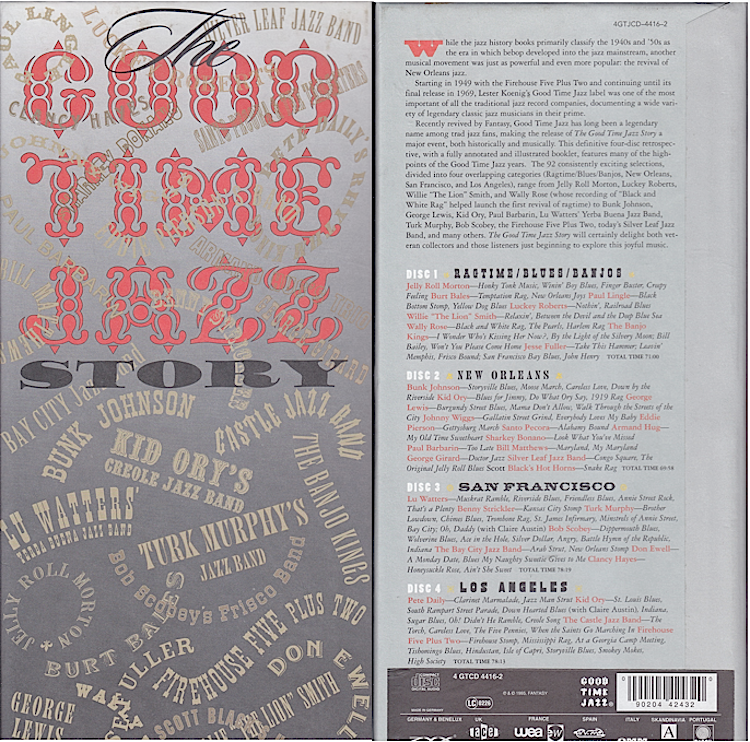 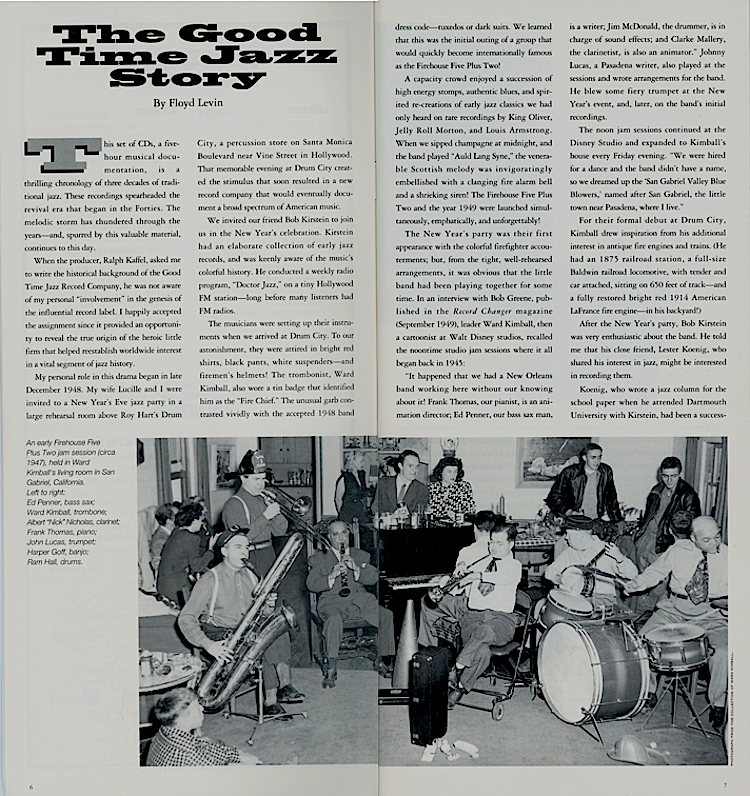 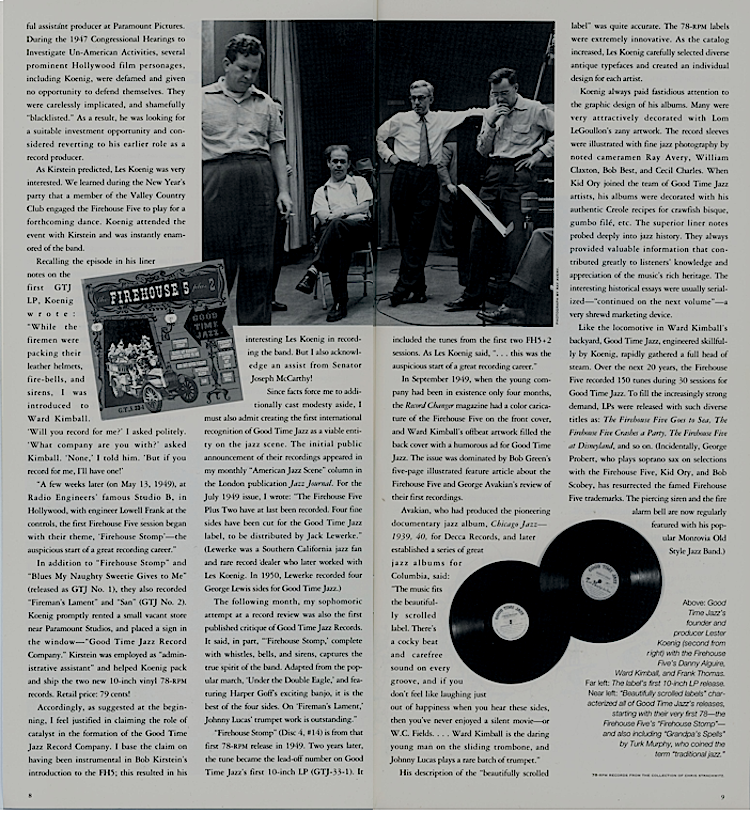 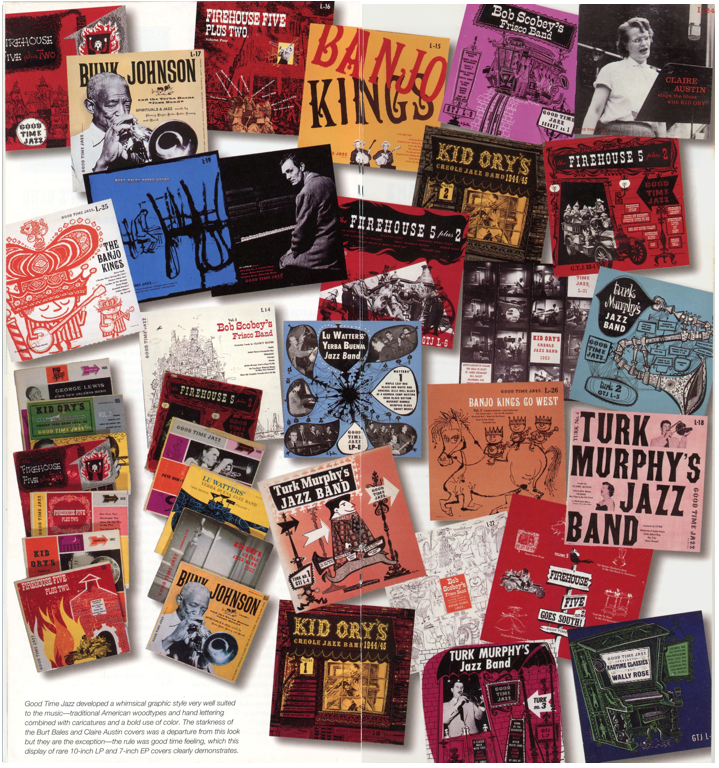 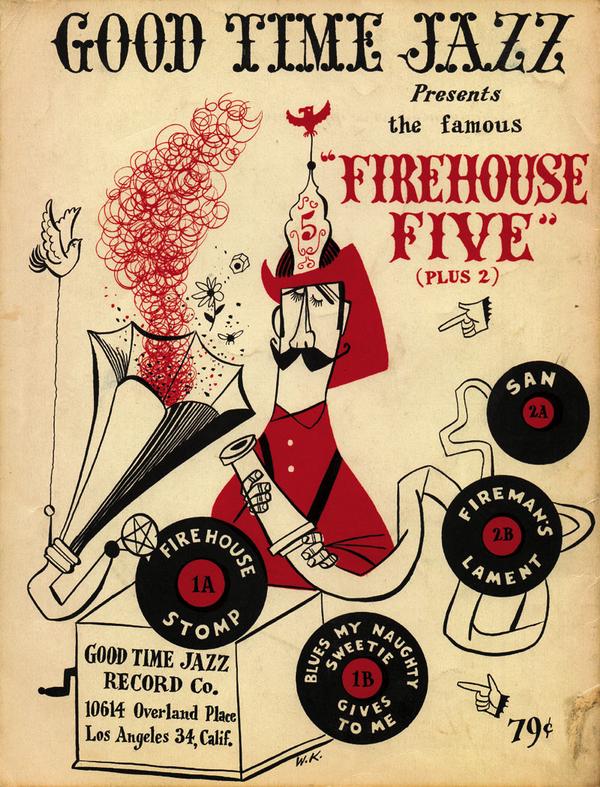 Ward Kimball’s animation artistry was employed extensively in ads and promotional material for the Firehouse Five Plus 2 as seen in this full page advertisement that appeared in the Record Changer magazine. 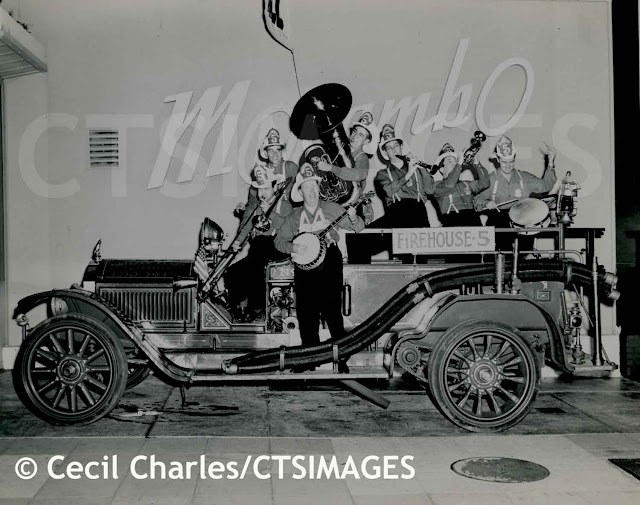 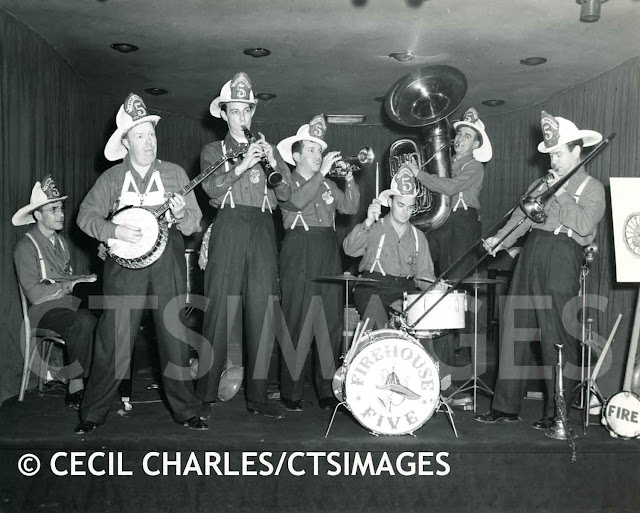 Oscar Brown, Jr. noted in his introductory remarks that one of the first professional engagements for the Firehouse Five Plus 2 was a New Year’s Eve gig at the Mocambo nightclub.  The combo arrived for the gig in one of Kimball’s restored vintage fire engines. 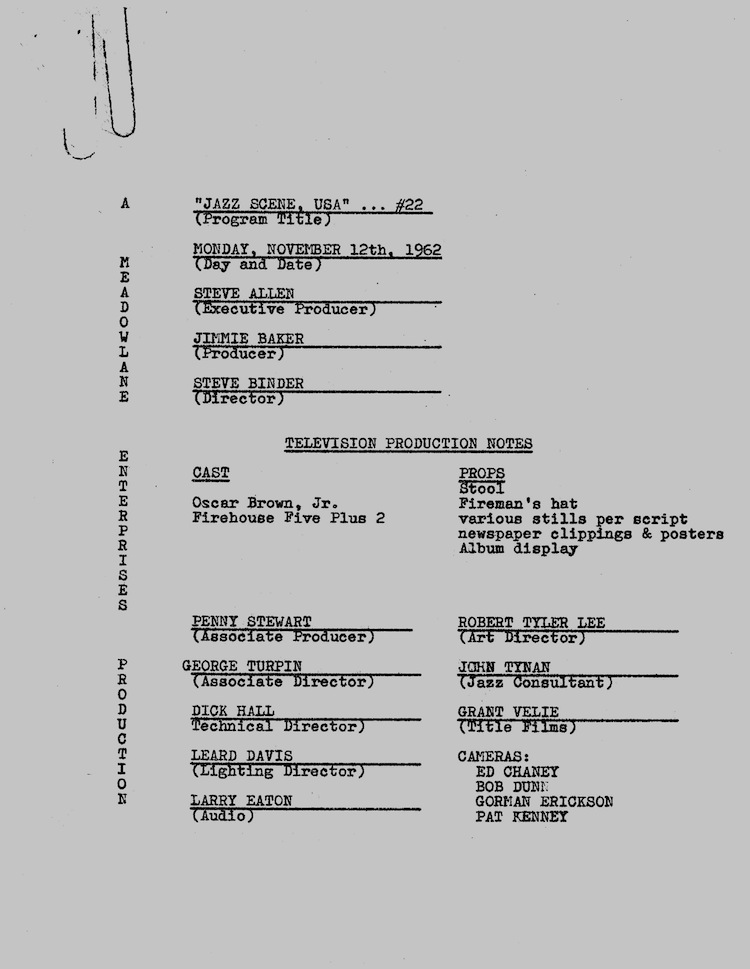 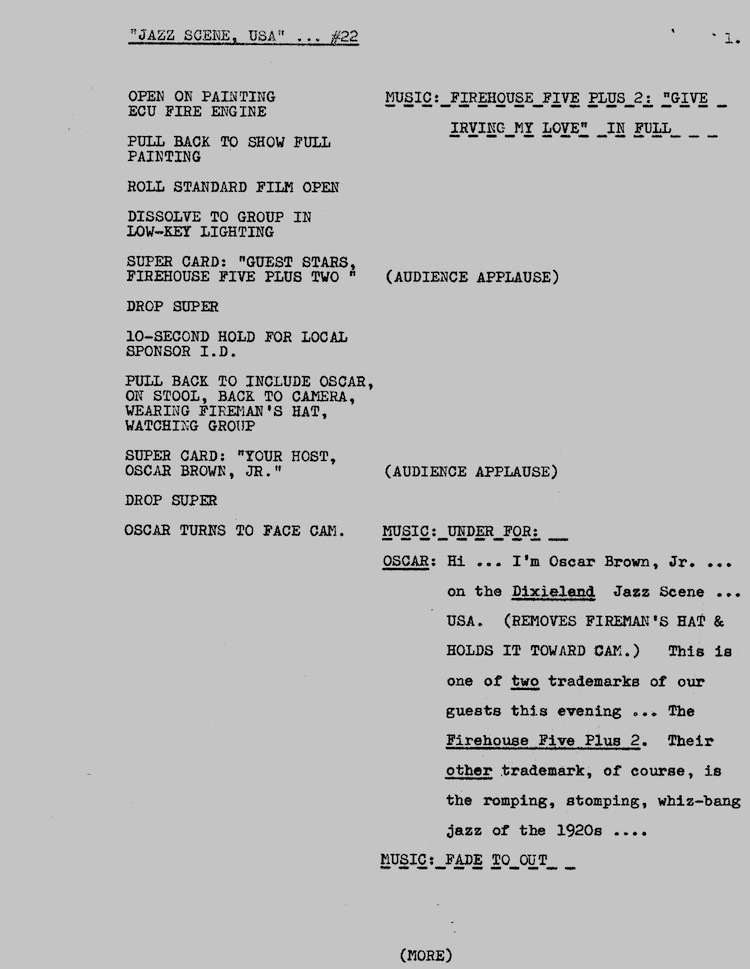 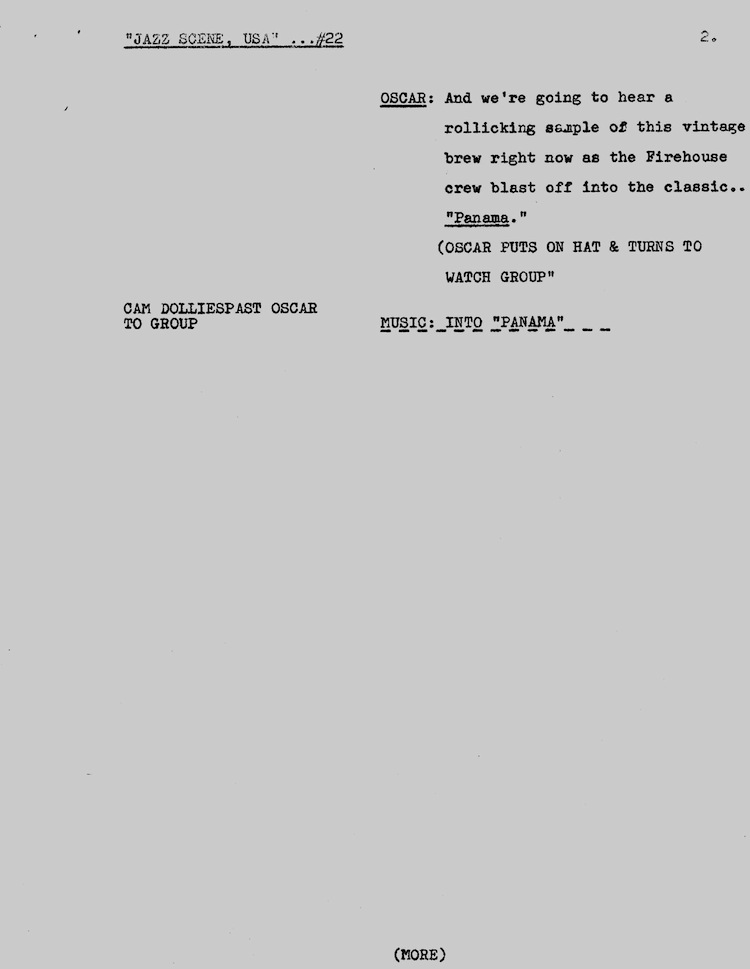 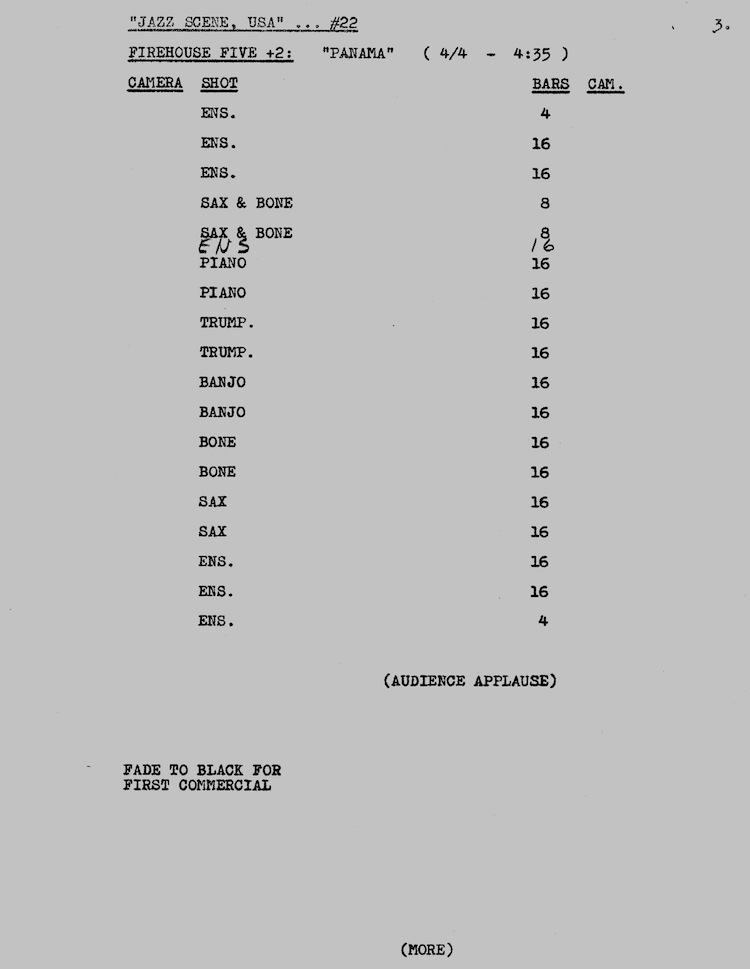 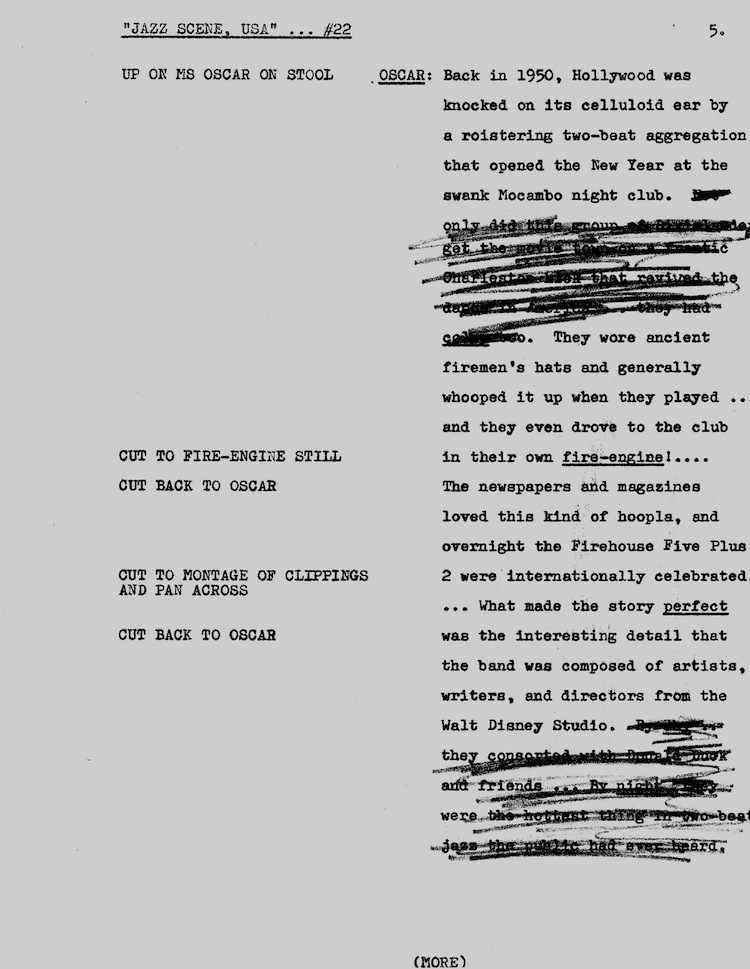 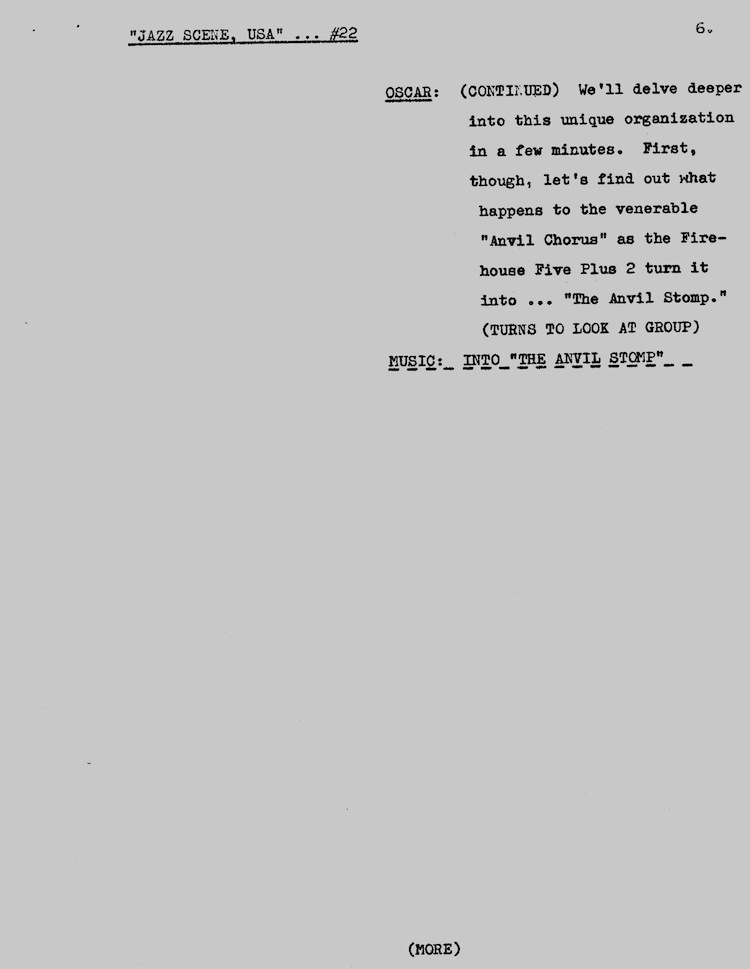 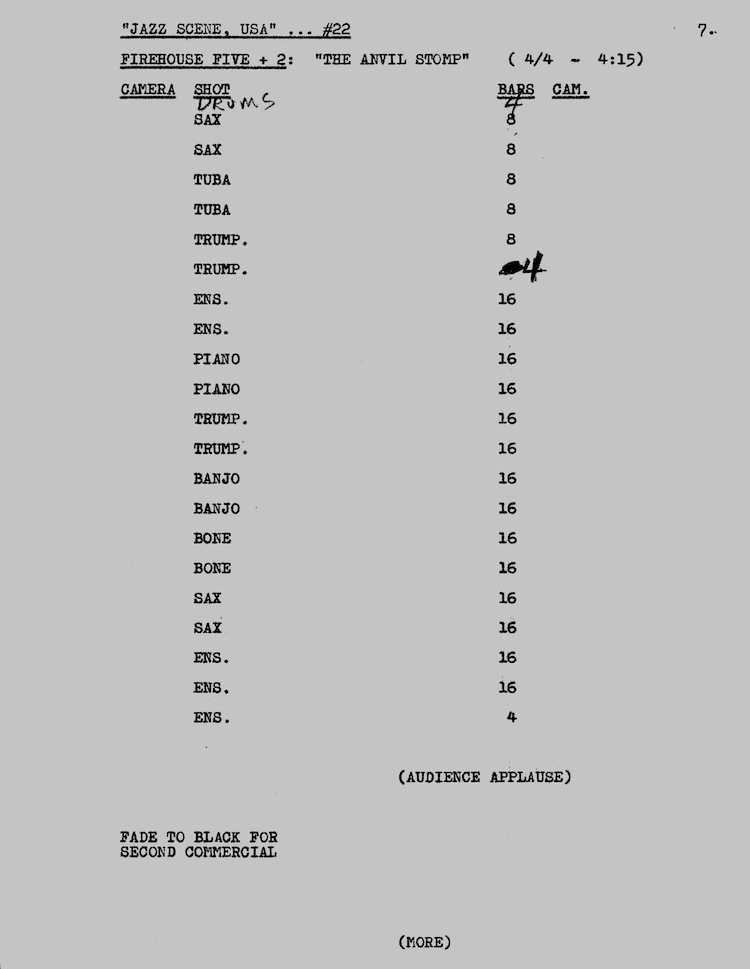 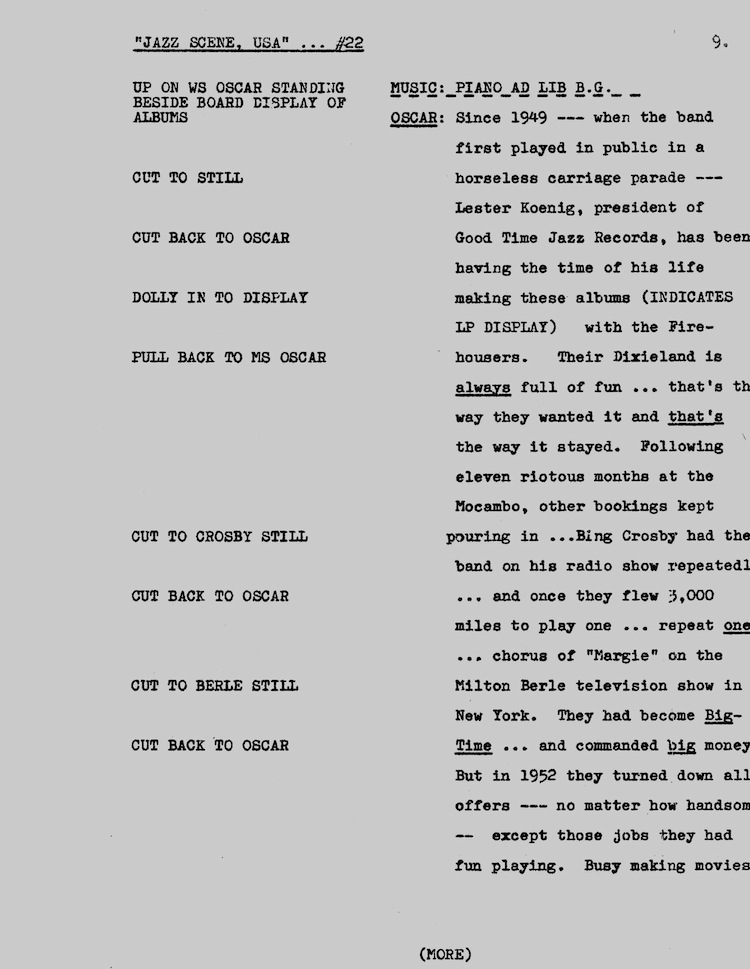 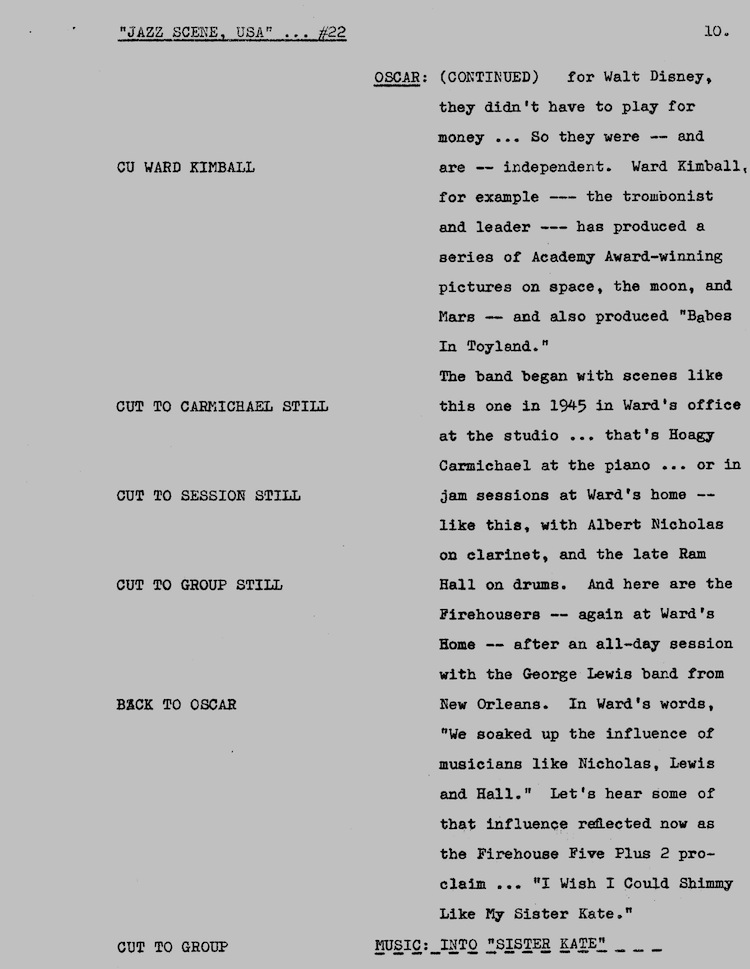 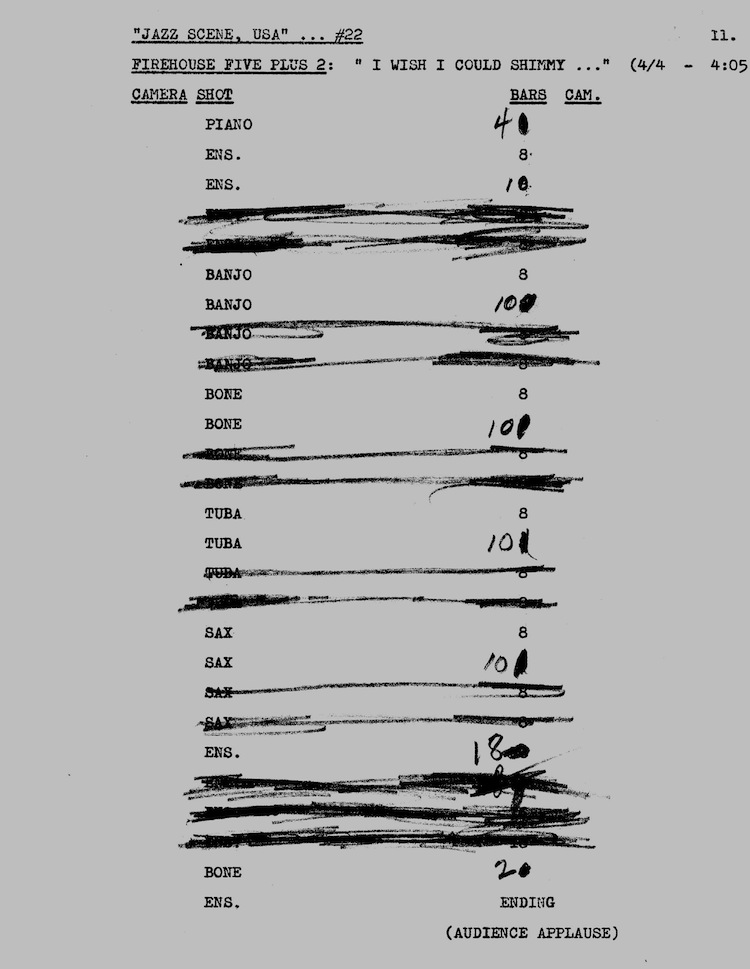 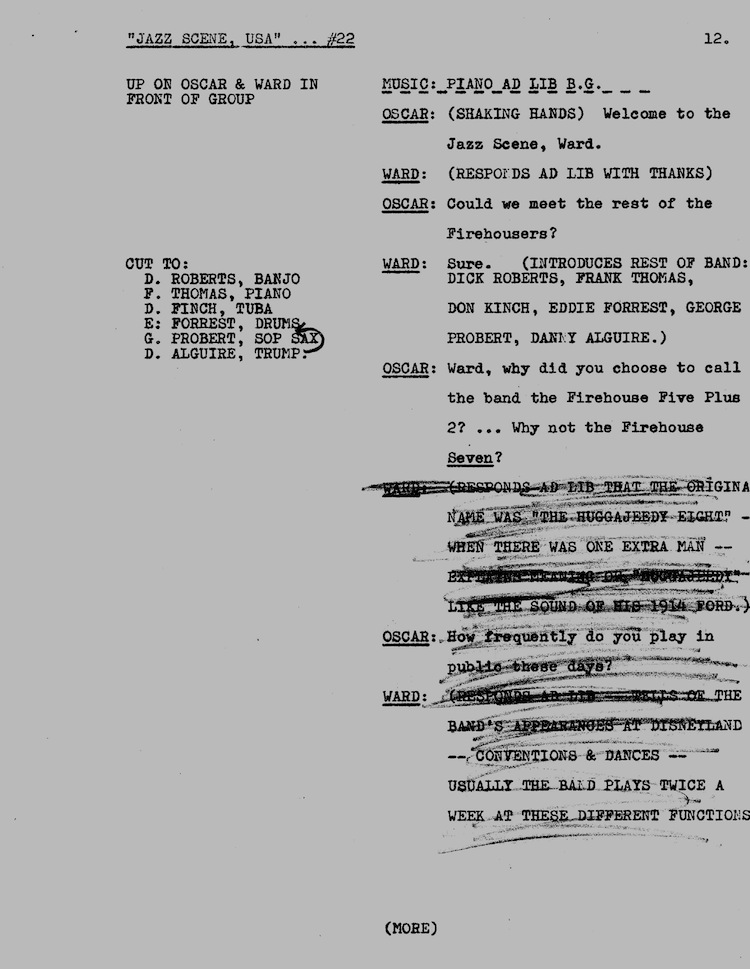 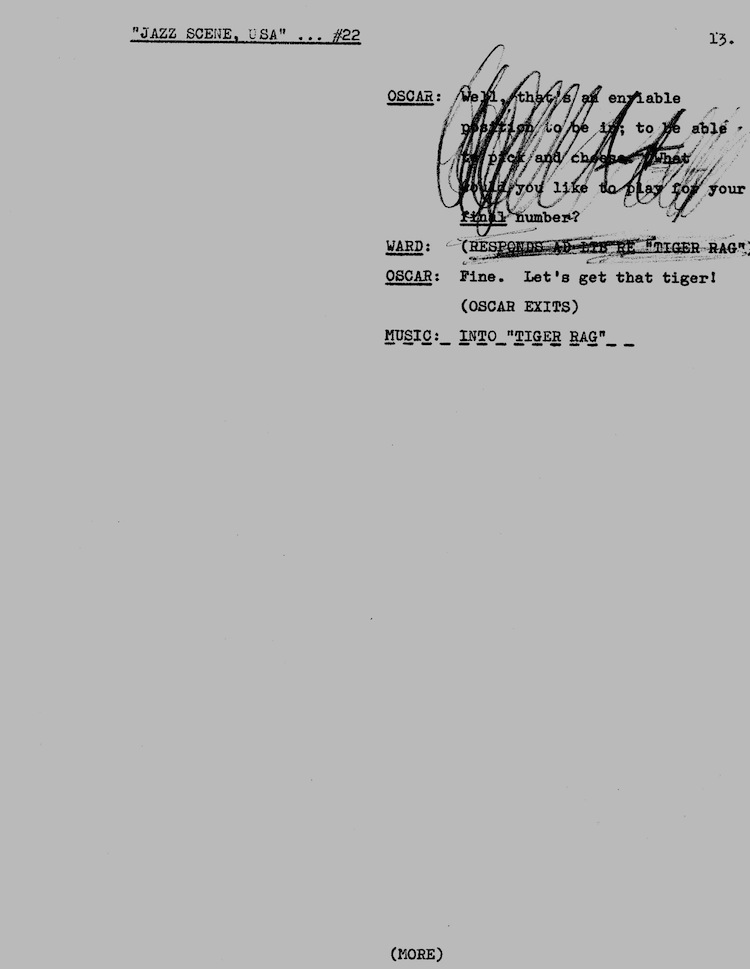 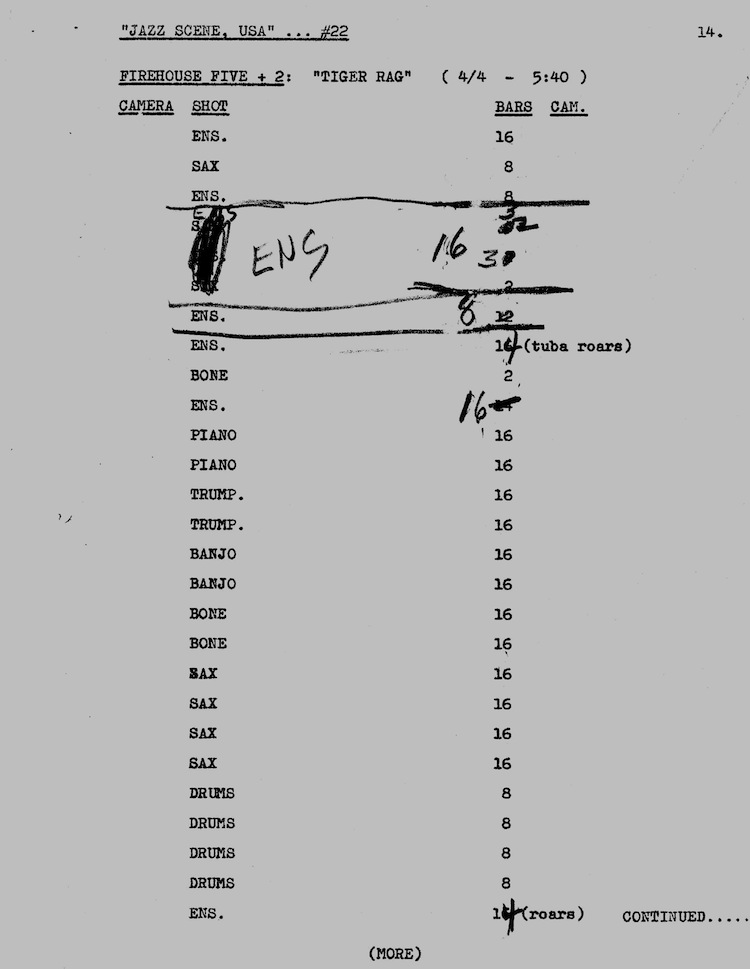 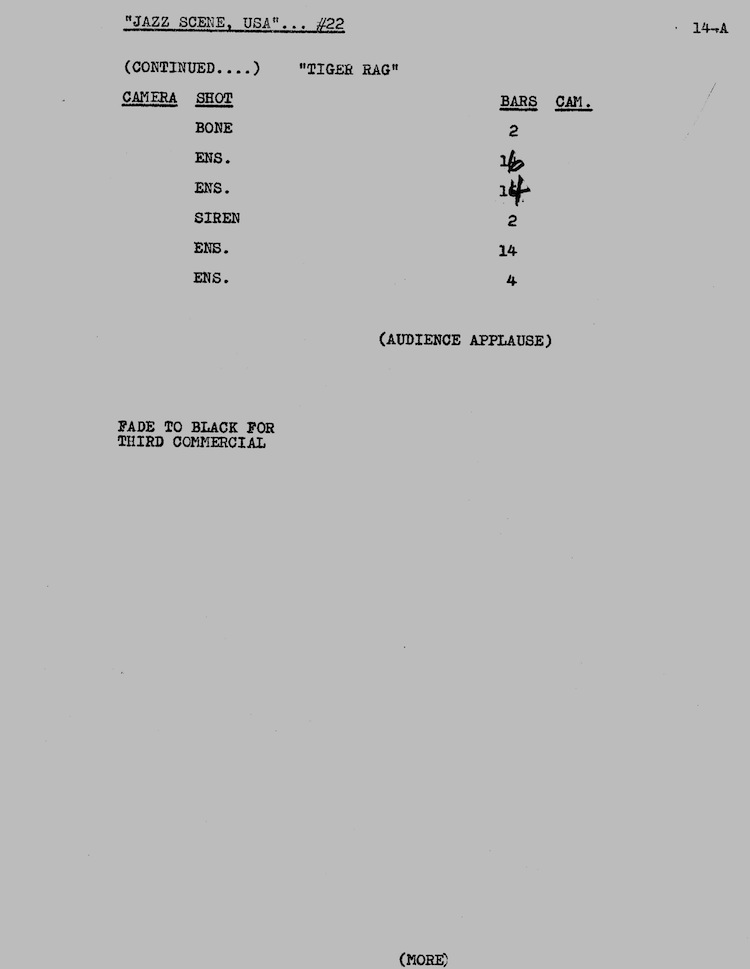 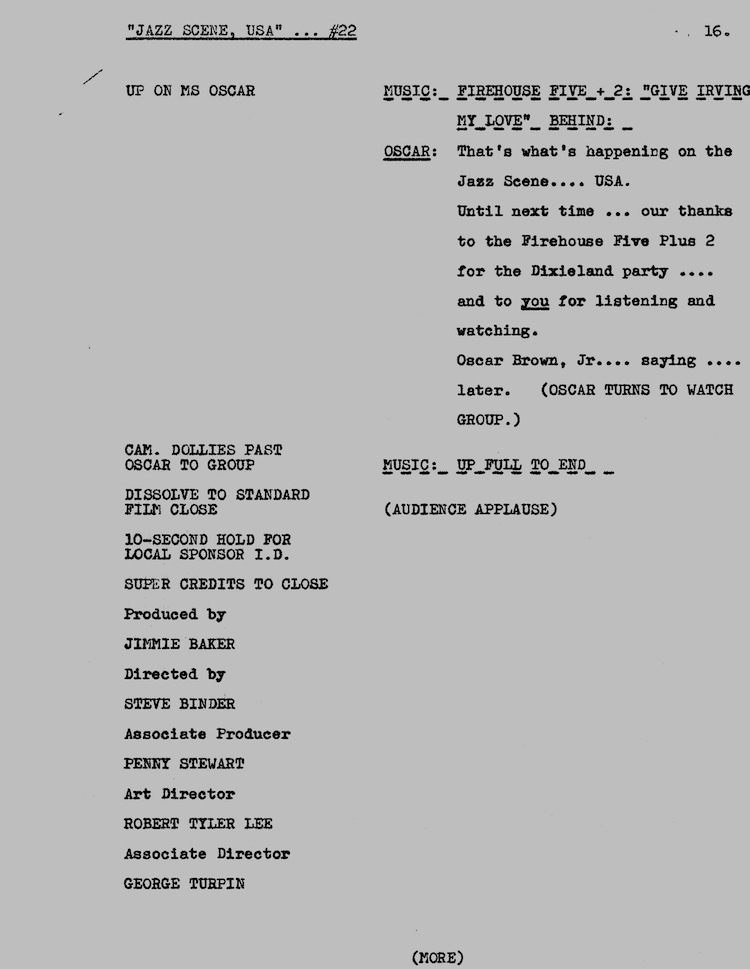 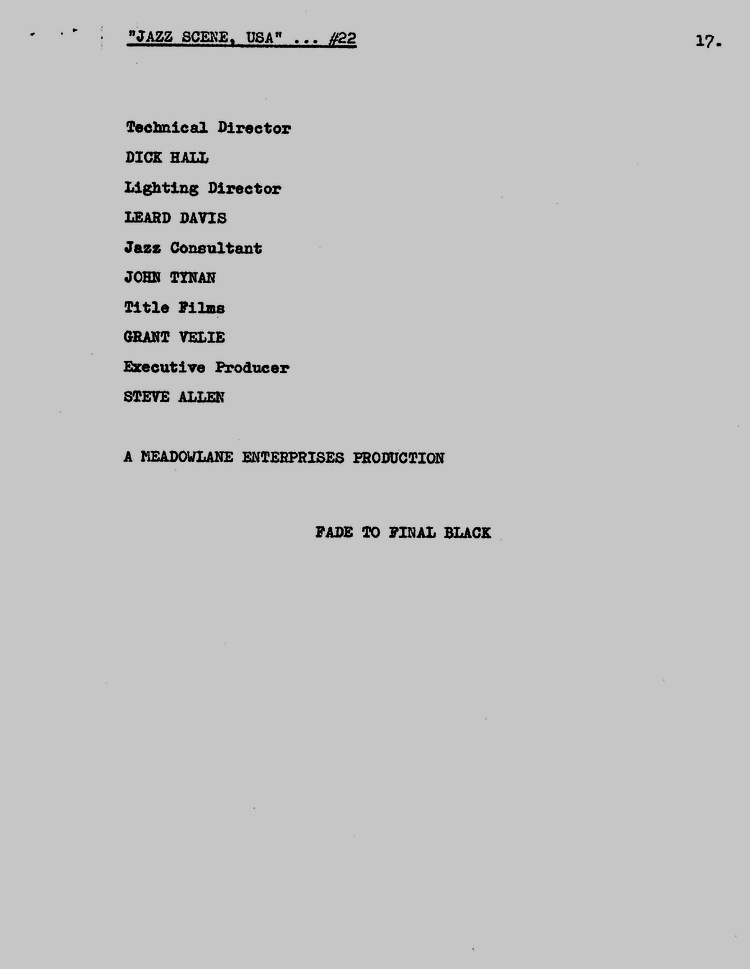 The photos that greatly enhance this presentation have been provided courtesy of CTSIMAGES.  The author would like to extend a most heartfelt thanks to Cynthia Sesso, Licensing Administrator of the Cecil Charles Collection.  Please note that these photos remain the property of Cecil Charles Collection and are used here with permission.  Any inquiries regarding their use, commercial or otherwise, should be directed to:  Cynthia Sesso at CTSIMAGES.
Posted by James Harrod at 12:15 PM No comments: