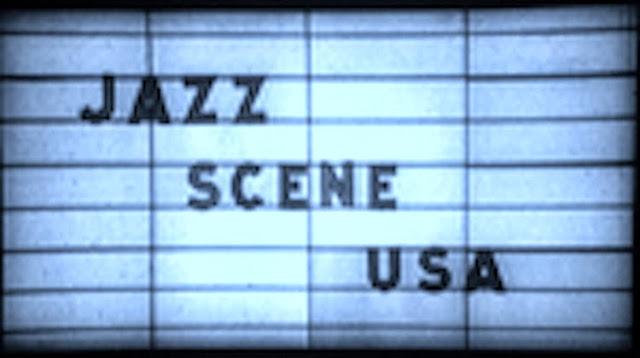 Steve Allen had hoped to continue his Jazz Scene USA syndication series for a second round of twenty six shows so that the package would contain a year’s worth of programs for potential licensees who wanted to broadcast the series weekly.  The initial budget estimates that Philip Turetsky put together for each show proved to be unreliable and the funding that Steve Allen had set aside forced the series to end after twenty six shows had been taped.

Jazz has been presented on television by numerous hosts, anchors, emcees and presenters over the years but I doubt that none of these equaled the record set by Steve Allen during his tenure on The Tonight Show.  Below is a partial list of jazz and other music artists who appeared on The Tonight Show in 1956 compiled from newspaper listings for the program.

Here is a recap of the eight programs that were issued on VHS by Shanachie Entertainment Corp.  Some of these programs were also issued on DVD and interested fans can seek them out at Amazon, Ebay and other internet sites. 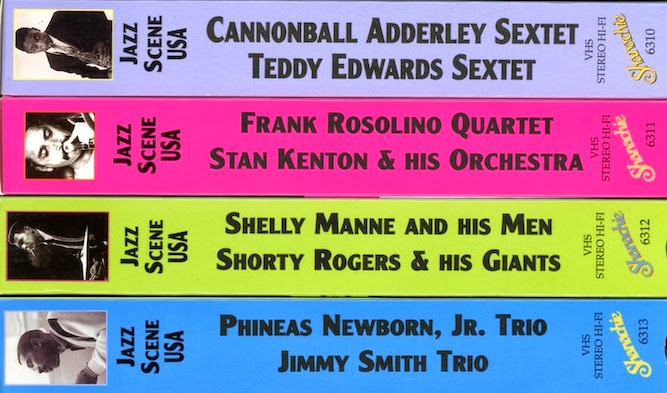 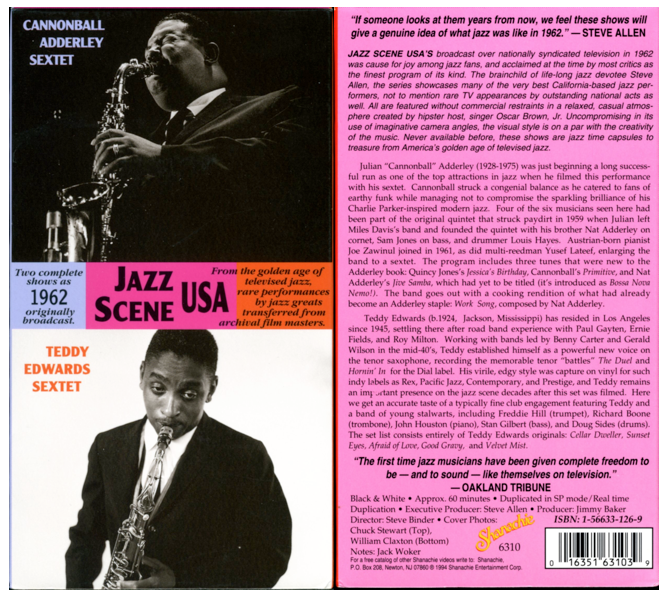 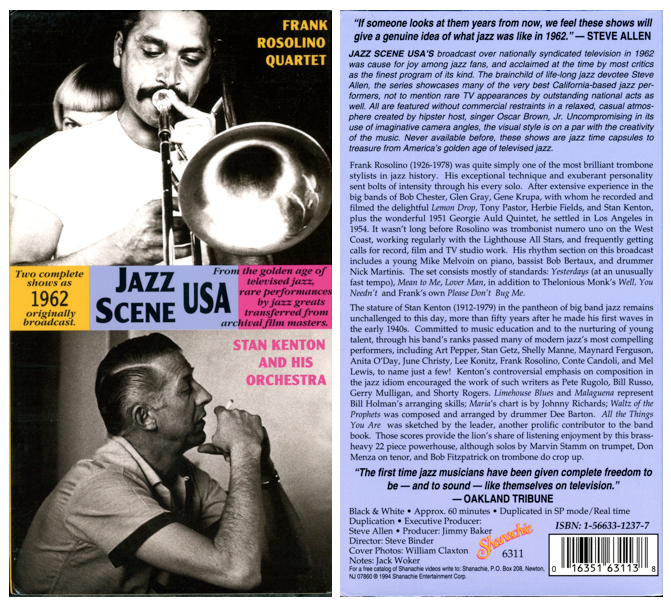 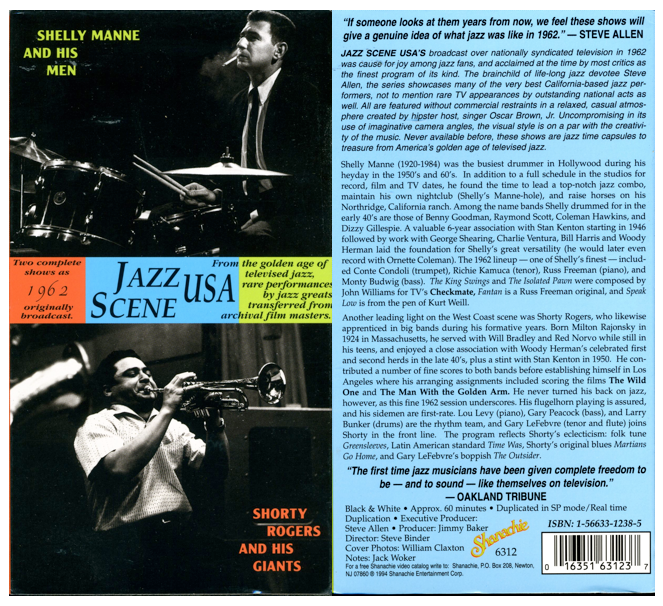 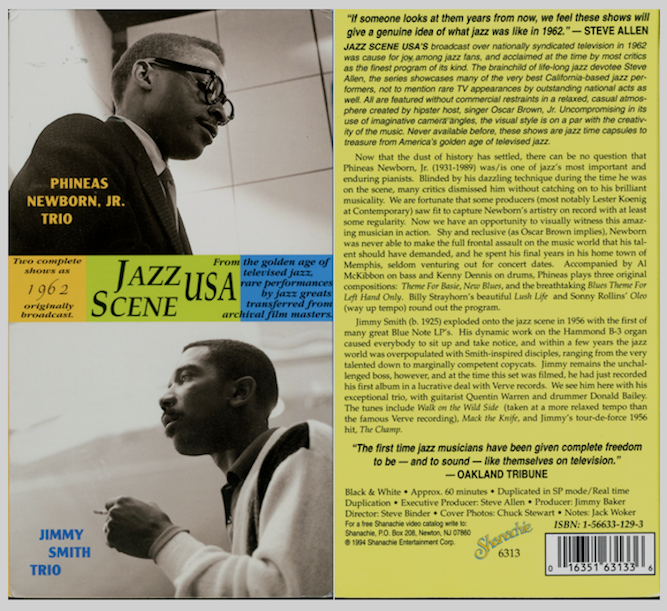 This blog has presented a behind the scenes glimpse of the twenty six programs that defined the state of jazz in the USA in 1962. It has included copies of all of the production scripts that provided the storyline for each of the twenty six episodes that were narrated by Vern Stevenson and Oscar Brown, Jr.  The scripts reveal the twists and turns that occur during a taping, text edited here, a song shortened to fit time requirements, explicit directions for the cameramen, etc.